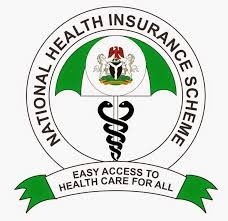 The NSP delegation was led by the National General Secretary-Dr Felix Odusanya PT and National Auditor I- Dr Shehu Aminu Muhammad. Members of FCT Chapter of NSP were also present.

It was noted that 189 memoranda were received on the bill. 37 Memoranda were listed for presentations in which 23 professional bodies were called upon to make presentation. The NSP was also invited to present our position.

The NSP submission was presented by the National Secretary on behalf of the President. NSP stressed on the need for health professionals to be included in the Council. NSP also submitted that that health care providers should be part of all negotiations on capitation.

Below is the memorandum submitted by NSP to the Senate Committee on health for the Public hearing on the bill to enact new laws for the national health insurance scheme, which will now be known as National Health Insurance Commission.

From the NSP General Secretaries